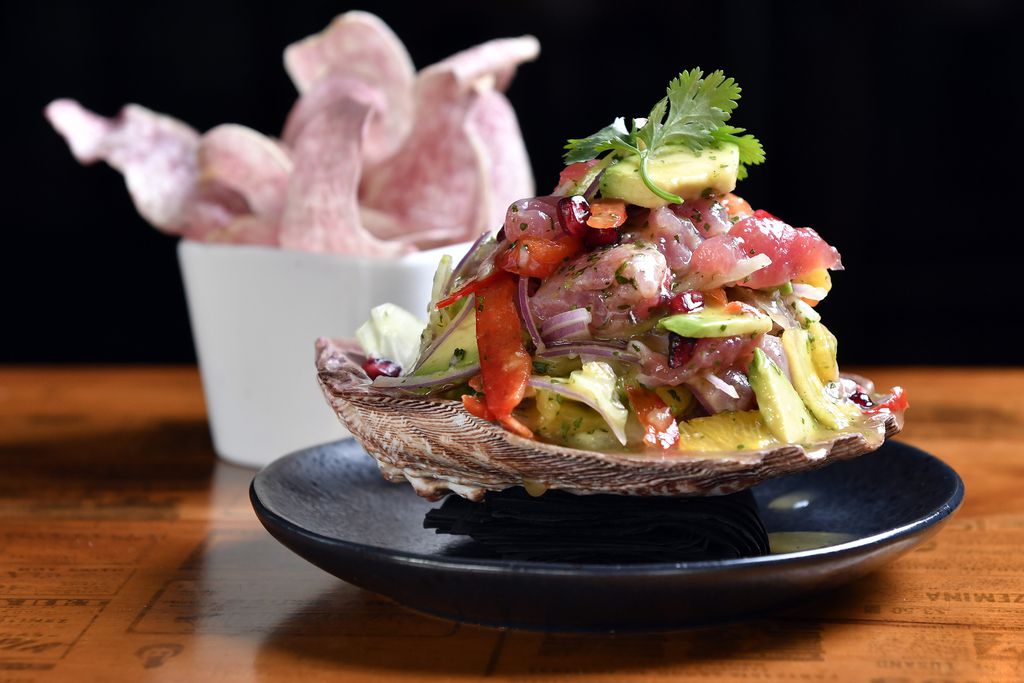 Patricia Estorino and Adolfo De La Vega opened the first Gustazo in 2011, moving it from Belmont to Waltham a few years later. This year they opened a second branch of the Cuban restaurant near Porter Square in Cambridge. The food and the mood are warm and festive. Enjoy tapas such as ceviche, empanadas, and oxtail tacos and classic main dishes (ropa vieja, the seafood stew mariscada) while sipping daiquiris and mango mojitos. The drinks are as good as the food, the staff is friendly, and the space is stylish. It’s the kind of place that just makes you feel good. 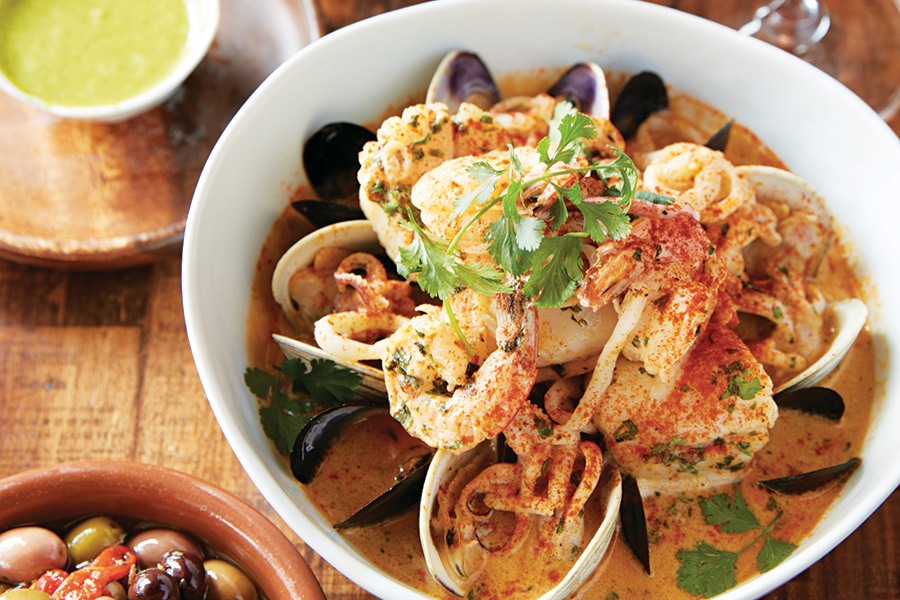 From contemporary Cuban cuisine to inventive iterations of Italian dining, our very subjective list of the year's best newcomers.

Before she became a chef, Patricia Estorino was a professional dancer in Cuba. Maybe that explains her gift for melody, one that pays as many rewards on the plate as it would on a stage. At the Cambridge location of Gustazo, Estorino offers a bigger, broader, more robust expression of the contemporary Cuban cuisine she’s been serving at the Waltham original, and every note sings—from the sweet citrus of pepper- and pineapple-trimmed swordfish ceviche, to the silky richness of mariscada stew that bathes mussels... 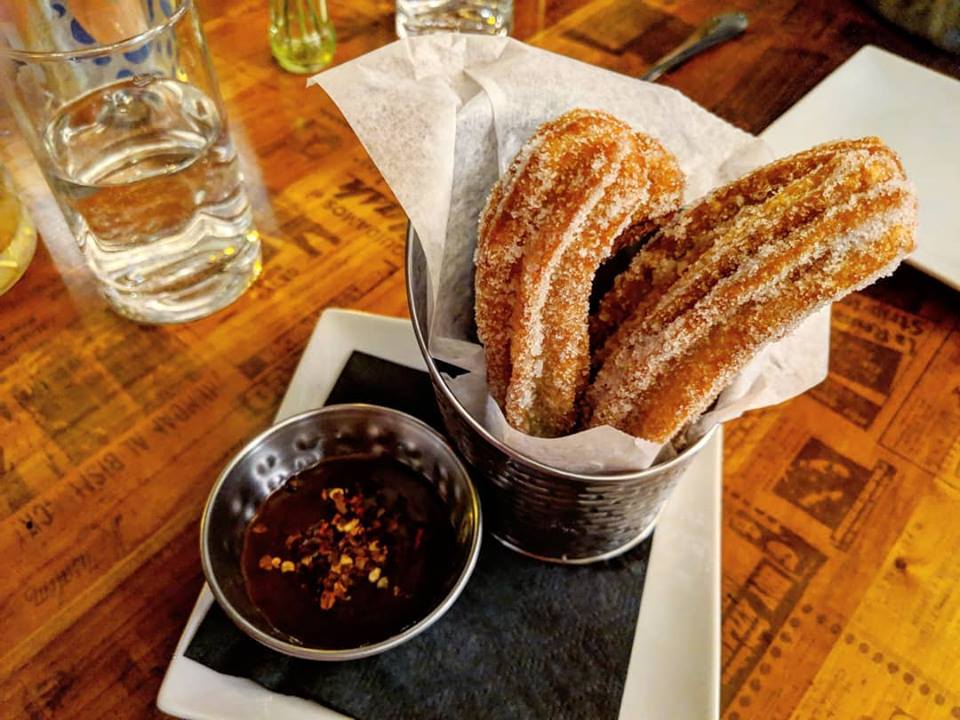 Colin Kingsbury reviews Gustazo’s new Cambridge location for Boston Magazine, declaring that owners Patricia Estorino and Adolfo de la Vega have brought their A-game to the new restaurant, an expansion of a Waltham restaurant that was originally located in Belmont.

Dining Out: Gustazo Cuban in Cambridge

A suburban Cuban restaurant exports a bigger, boozier location to Cambridge—but can it survive in the concrete jungle?. Once upon a time, the regional pecking order of dining was clear: The city excelled at restaurants offering high-quality food with a sense of authenticity. The suburbs, meanwhile, specialized in bland chain restaurants—but hey, at least there was ample parking... 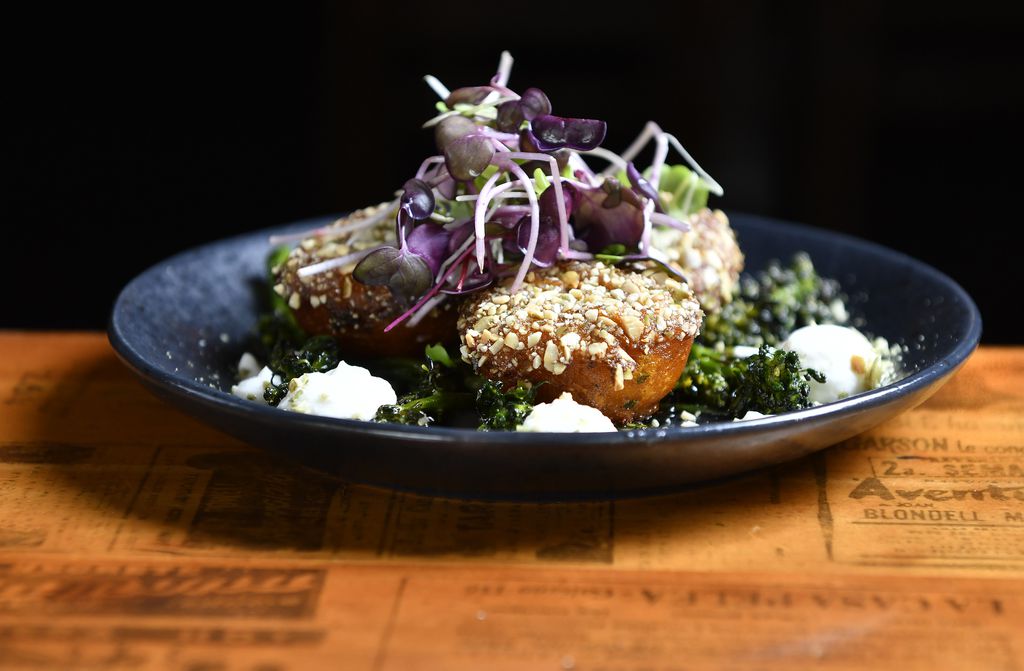 Gustazo Cuban Café in North Cambridge, for an array of dazzling tapas

Where to: Gustazo Cuban Café in North Cambridge.

Why: Because it’s the larger, livelier sibling of the cozy little Waltham location — in a prime spot in the old, two-level Elephant Walk space near Porter Square.

The Back Story: Patricia Estorino and Adolfo De La Vega lived in this neighborhood for seven years after relocating from Cuba, so it’s a personal triumph for them to open a restaurant here. 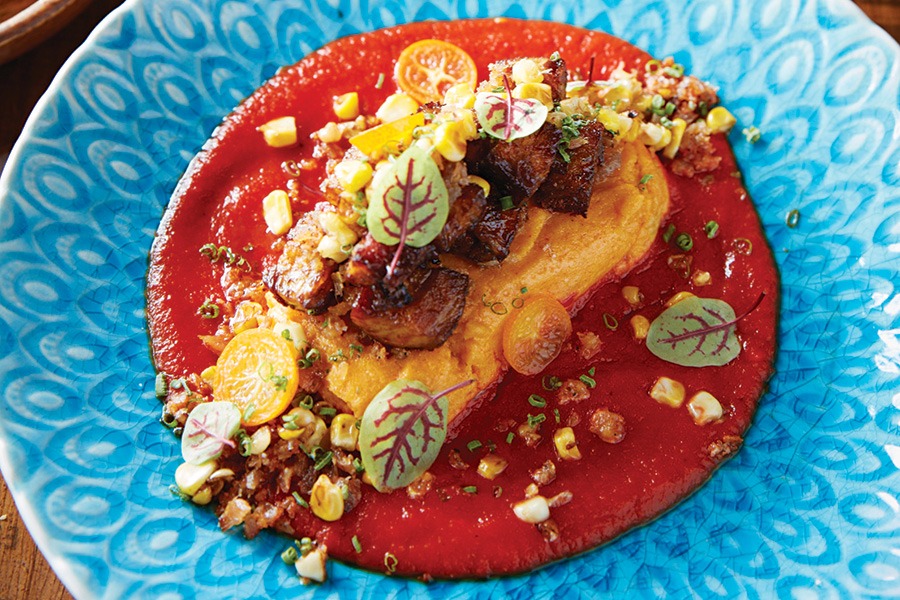 We were regularly braving westbound traffic to reach Gustazo’s Waltham restaurant when word came that a second, larger location was headed to Cambridge. Mercy! Now we have easy access to chef Patricia Estorino’s contemporary Cuban fare and fun, family-table vibe.

Best of all, these new digs let us wash down her tapas-style plates—such as grilled lamb chops brightened with mint salsa and nutty romesco—with rum-forward libations dreamed up by local bar genius Sam Treadway. Cambridge, gustazo-cubancafe.com. Narrowing down the playing field for best restaurant, design, and empire builder of the year

Featuring an attractive remodel of the old Elephant Walk space, Gustazo hits it out of the park with Cuban small plates such as bacon-wrapped maduros (sweet plantains), grilled lamb chops, and an ever-changing selection of empanadas. Don’t miss the cocktail list, designed by Sam Treadway of the acclaimed Backbar in Somerville. 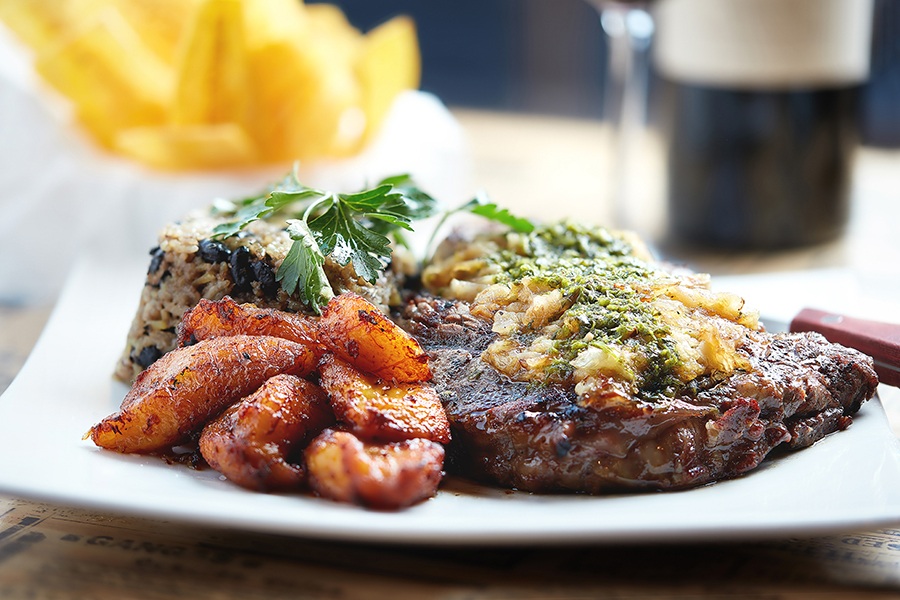 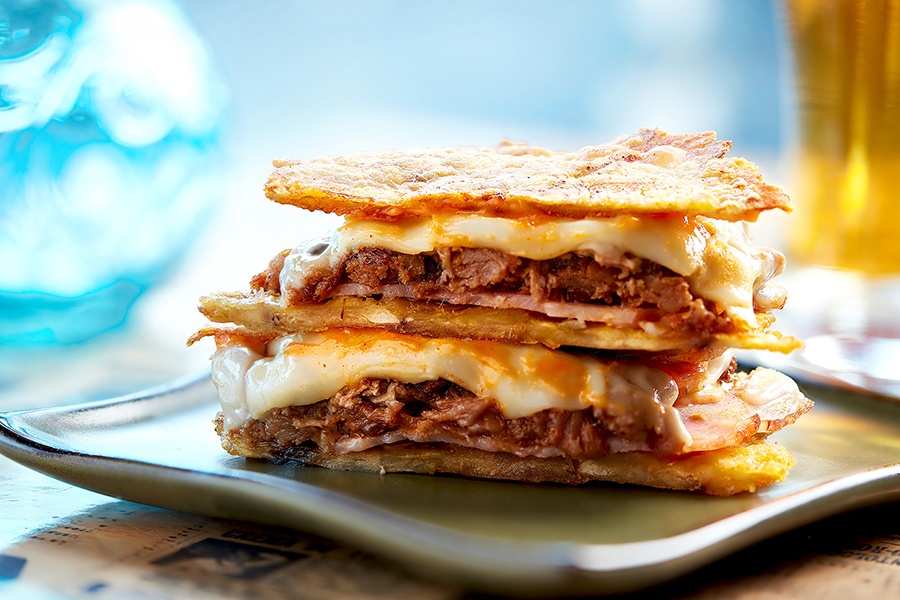 After nearly a decade of serving up vibrant Cuban food in the Boston suburbs, Gustazo Restaurant owners Patricia Estorino and Adolfo de la Vega are opening a second location in Cambridge—and they could use a drink. 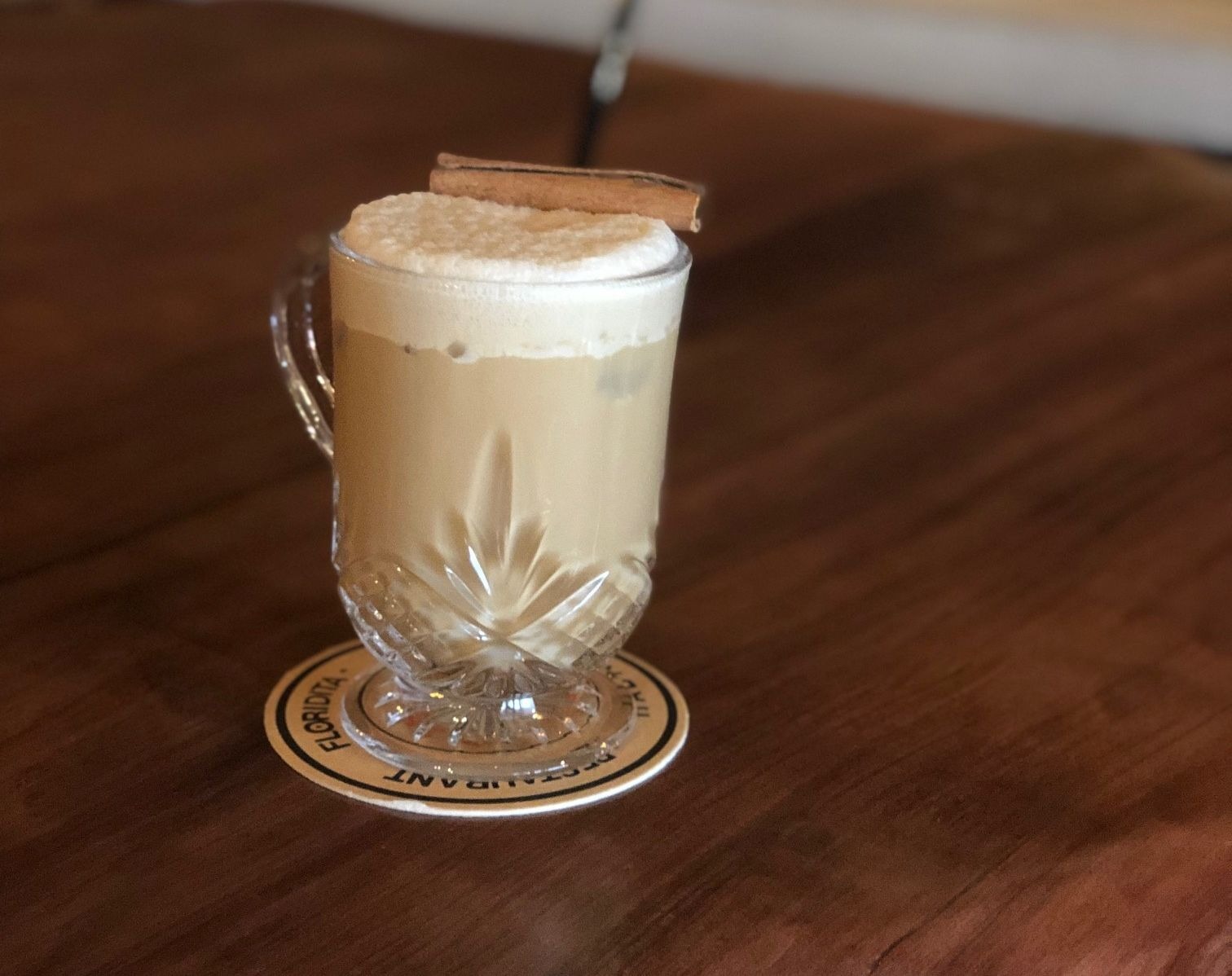 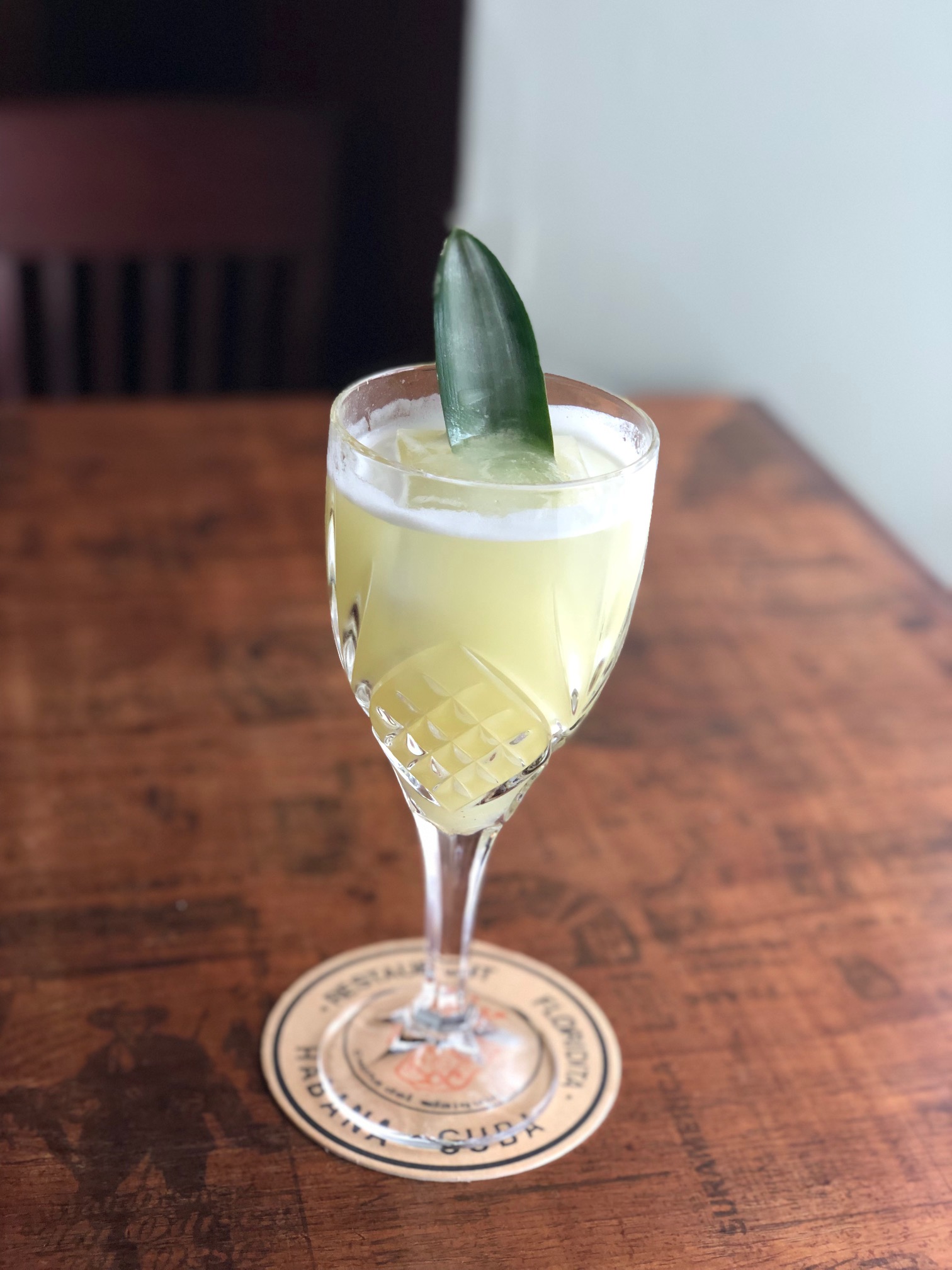 Gustazo Cuban Kitchen & Bar (2067 Massachusetts Ave., Porter Square) is now open in Cambridge, and it features a more substantial focus on beverages than its big sibling in Waltham: The Cambridge cocktails were developed in collaboration with Sam Treadway, owner of award-winning cocktail gem Backbar in Somerville’s Union Square.

Gustazo first opened in Waltham in 2014, and word came a year ago that owners Patricia Estorino and Adolfo De La Vega would take over the former Elephant Walk space on Massachusetts Avenue in Cambridge. While working towards opening, the partners consulted with Treadway to develop the restaurant’s new beverage menu, which highlights rum — both in cocktails and on its own, for sipping — Treadway told Eater.